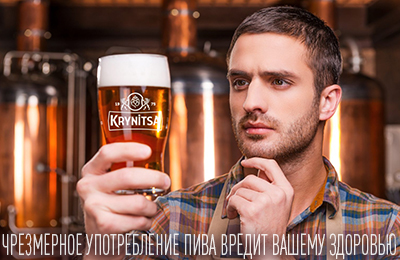 Most people, even those who do not like wine and beer, know what a sommelier is. A minority, including connoisseurs of a foamy drink, understand the meaning of the word Cicerone (Chicerone, Chicheron). Maybe it has to do with the fact that the name sounds a bit off-kilter (as opposed to, say, a brewer or a beer expert). Cicerone is essentially no different from a sommelier in the world of beer and wine. In fact, the name is easy to remember, as Cicerone is a smart beer drinker.
At a basic level, Cicerone is a person who knows a lot about beer. Having passed the examinations administered by the Cicerone Certification Program, he received this important title.
The Cicerone certificate has not been around for as long as, for example, sommelier certificates. The program was created by former biochemist-turned-beer pro Ray Daniels in 2007 as part of an effort to bring as much expert leadership into the beer industry as possible. After all, the more quality beverages are produced and consumed, the greater the need for enthusiastic, well-educated professionals who can guide the uninitiated public through the ever-growing selection of beers.
The Cicerone exam evaluates five different aspects of professional beer knowledge and service: beer serving, hop styles, beer taste and appreciation, brewing process and ingredients, and food pairing – the combination of beer and food. Not surprisingly, the test lasts a full 4 (four) hours and is not easy to pass on the first try. Initially, the program had three levels (Certified Beer Server, Certified Cicerone and Master Cicerone), but in 2016 a fourth Advanced Cicerone was introduced, intermediate between Certified and Master. In total, there are no more than 20 Master Cicerone owners in the world, they are level 4 beer sommeliers! The first level exam can be taken online, the rest are accepted only in person. At the same time, all exams are taken sequentially: for each next exam, you must successfully pass the previous level.
By taking the Cicerone test, you become part of a select group of people who are privileged to introduce the world of beer to the general public. Perhaps this will take place in a bar (more precisely, in a great beer bar or restaurant), where you will develop not only in the field of brewing, but also in the field of food pairing. Or in the production, where you will get the role of the main brewer, and you will be able to create unique recipes for a foamy drink, conduct tours of the brewery and acquaint visitors with the intricacies of the beer business.
With a huge number of players on the market, there are many experimental varieties and styles of beer. Professionals just need to keep up with the times, get acquainted with the latest trends in order to navigate the beer world. The high popularity of the Cicerone program is a convincing example of the fact that beer culture is constantly evolving and will soon reach a new level.