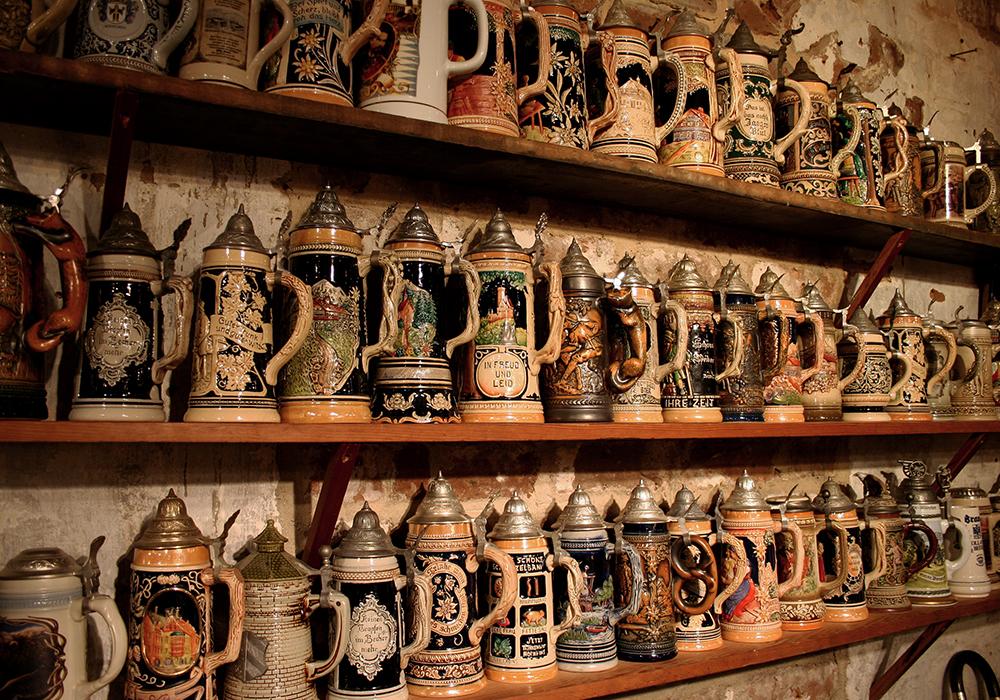 Beerstein means “stone beer mug” in German. The history of unusual glassware for foamy drinks dates back to the distant 14th century.

Ceramic mugs with a metal lid appeared in Germany during the plague – in those days, the disease raged throughout Europe! Bubonic plague was actively carried by insects, therefore, at the legislative level in Germany, a special requirement was adopted for food manufacturers. They were required to provide products with a lid to protect the contents from the invasion of insects.

Medieval brewers were not spared by this decree, but the manufacture of caps from ceramics proved to be very impractical. Soon members of the pewter guild improved the beer mugs. They provided a beer container with a mechanism that attached a hinged lid to the mug, which could be easily lifted with one push. The first Birstein model, a ceramic drinking mug with an attached pewter lid, has existed unchanged for over 400 years.

For several centuries, every self-respecting beer lover had to acquire a personal beerstein! Beer mugs were decorated with commemorative inscriptions, various patterns on the lid. The more skillful decorations were applied to the birstein lid, the more expensive and valuable it became. Glass eventually replaced ceramics, and ceramic mugs began to fall out of favor.

The modern era of birsteins began in 1920 and continues to this day! Despite the increasing competition every year in the production of beer and utensils for its consumption, the first German mugs made of porcelain, glass and ceramics were the best ever made. Birsteins, in addition to being widely used in everyday life, have become a favorite collectible. Antiquarians are looking all over the world for rare and unique items. Friends, we strongly recommend that you try the intoxicating drink from a mug – birstein! Immerse yourself in the atmosphere of medieval Germany and feel the taste of real German beer.